It’s bee a while since I’ve posted but I thought I’d list my five favourite dark anime. They all have dark themes and mature content. There a many more that didn’t make it into my top five which I’ll list later but for now on the main content.

The god of time will die in 30 days and the world will come to end. The only way to save the future is for 12 chosen people in the city to track down and kill the others, the last survivor will become the new god.  Each of the chosen has a diary that records events not just in the past but also tells them the future.  Each diary is different telling them only one kind of information about the future.  For one the diary tells everything he sees in five minute intervals for another it tells her everything about the boy she is obsessed with.  But all have two things in common they let the owner know when the future is changed by the actions of one of the future diary holder and the other is the dead end flag that lets them know when they are going to die. 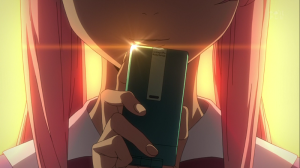 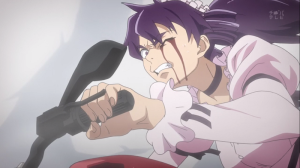 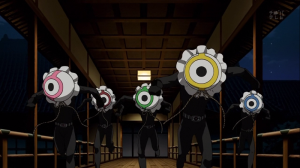 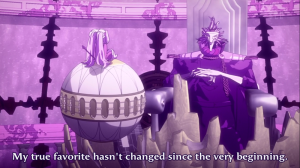 Two best friends living in the slums, running cheap scams, broke, but happy get a glimpse of a real power after taking matters in their own hands to avenge a friend. After killing the culprit they are invited to join a powerful Mafia organization called Millennium and the story follows the path they take through life rising through the ranks one driven purely by ambition and the other driven by loyalty. In the end it turns into a battle between geneticly engineered super soldiers. 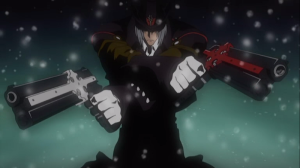 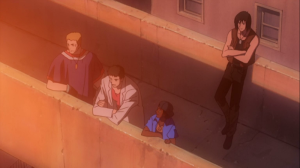 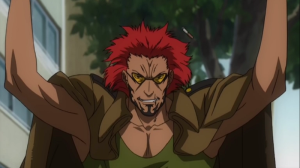 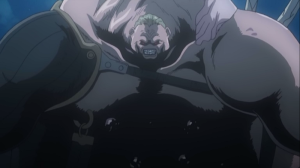 An immortal woman and the intertwining lives of the people she meets over the course of a hundred years in Tokyo. The immortal women never age and can heal from nearly any wound but have an uncontrollable attraction to the deadly angels who only live to consume them. 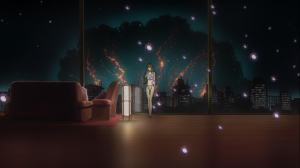 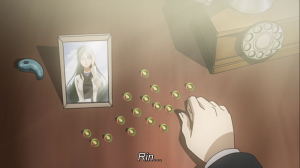 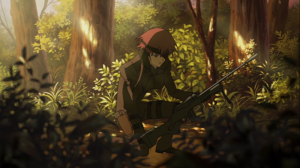 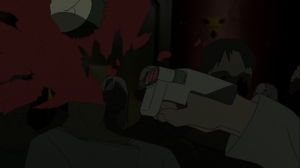 Fate Zero dark, violent, and bloody this series features a highlander style clashes between legendary heroes and powerful wizards were the last one standing gains control of the grail. Scenes of evil and vicious characters that do terrible things to each other are interspaced with morality lessons.  Betrayal and deception abound in the bloody battle to have any wish the winner can imagine granted by the legendary grail. 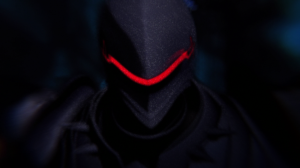 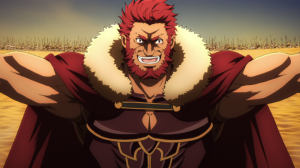 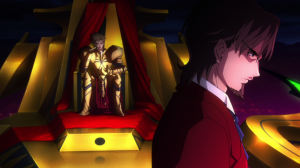 The Hellsing organization exists as part of the British Empire to fight for the crown against the forces of the undead.  Their secret weapon is Alucad a vampire of unimaginable power. The fate of Britian will be decided in a deadly three way struggle between Hellsing, the crusader armies of the Vatican, and an army of nazi vampires. 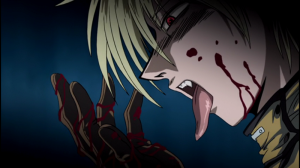 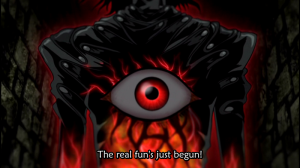 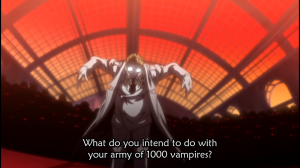 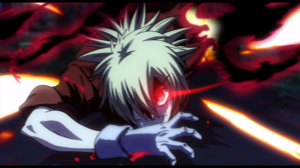 Some other titles that you might want to take to look at if you like dark anime: 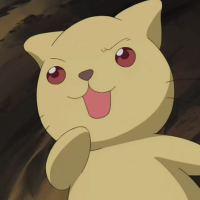 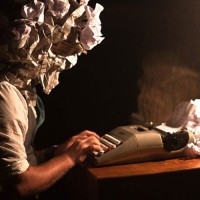 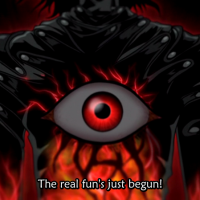 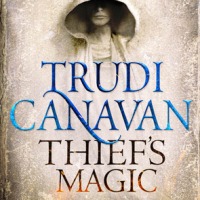 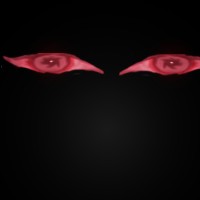 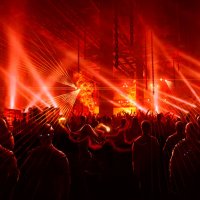 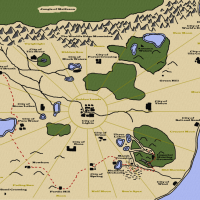 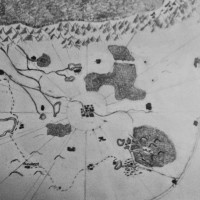 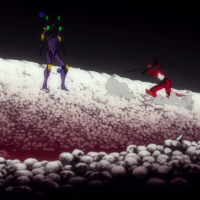